Handmade popcorn at the beach since 1937

Everett Fisher went into business with his wife's cousin, Edmund Pusey. They opened Pixton's Popcorn on the Boardwalk at Talbot Street, named after Edmund's wife's maiden name. Everett was in charge of operating the popcorn stand from day to day. After some time, Edmund Pusey decided to leave the business, and Everett Fisher continued on making his delicious caramel popcorn under his own name, using his secret recipe. From the beginning, his son, Donald Fisher worked with him side by side, and even handled the operation of the stand while his dad was drafted into military service during WWII.

Donald Fisher and his wife Calvina (above center) started their family and had 3 children, Cindy, Marty, and Don Jr (above right).  The Fisher family ran the single stand on the boardwalk in Ocean City together.  The store was always under the watchful eye of Donald, making sure every batch of popcorn was made just right.

Marty and her husband, Bill branched out and started their own store in Fenwick Island, DE at the corner of Route 54 and Coastal Highway.  They have 4 children, all of which started working in the store at a young age.  Three of them continue in the business today. Together the family runs their stores in Fenwick Island, Bethany Beach, and Rehoboth Beach, Delaware, independent from the original Ocean City location.

Let customers speak for us

The Old Bay corn is superb and a hit with young and old! The light dusting of seasoning complements the caramel and elevates the flavor to another level of scrumptiousness! Ordered with three big tubs for family and customer service was awesome.- keeping me informed right up to the delivery of the treats. Great service great product and many happy munchers! Thank you, Fishers. 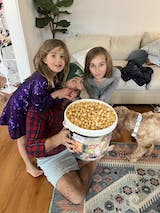 B
Holiday Tubs Brendan B. (Washington, US)
Holiday Tri-Tubs

Living in MD, Fisher’s is well known. Until the last few years, one could only expect Fisher’s when a friend or relative would visit OC. Love the fact that we can order virtually any time we like and still has that fresh from the beach flavor. Always save the tub in case someone does go to the beach. 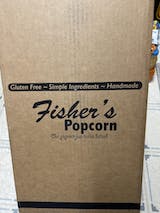 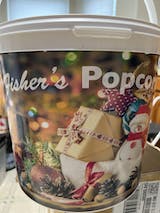 A
Holiday Tubs Anonymous (Lewes, US)
Tubs of Caramel

Every year is great and appreciated to those that get it. This year besides sending the yearly one I bought 6 more Christmas tubs and I always say: Put the serving in the microwave and heat a couple of seconds. So good. Delivery was on time. Thanks for a consistent Popcorn experience.

Customer service is great easy to on line order, product always fresh and delivered on time. Use Fishers
on special occasions an Christmas shopping. Very pleased. 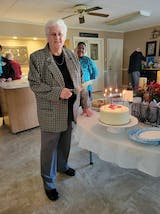 B
2 Gallon OLD BAY® Tin Brandon B. (San Antonio, US)
Really wanted to like it..

I love Old Bay and thought this would be great but I should have tried it before buying. The tin is great looking and quite large but it was slightly open when it arrived due to being over stuffed. I didn't see any damage and I guess I shouldn't complain about getting "too much" but I was a little nervous it since it was slightly opened. Regarding the taste and smell, if you're not familiar with Old Bay, the smell will probably scare you away. It has a VERY potent smell and the rest of my family was immediately turned off by this. Overall I would say that the product does a good job with balancing the taste of the Old Bay and caramel but it's just not something that I can see myself eating on a regular basis or much of at any one time. Unless you're planning a big event or just love this stuff I would make sure to purchase in smaller quantities to avoid it going bad. I also noticed that the smell would permeate from the tin and made my whole pantry smell like it. Maybe the plastic tub would do a better job of sealing. Anyway, live and learn.. I still love the Old Bay, thanks for memories!